I am often told that sound art is just to ‘niche’ and specialised. No one understands it – not other artists, not the general public. The only people who would be interested in sound art are other sound artists.

And yes, it is true, sometimes when I tell people what my PhD is about or what I do as an artist, I get a confused look. But fundamentally, I do not think this is really true. Sound, sound art and listening are not something that is only accessible to those ‘in the know’. You do not need to be able to read music, or understand the ins and outs of a speaker, or have a degree to be able to enjoy and appreciate sound art or listening practices.

"Art – especially modern art – is often thought of as exclusive, difficult, and inaccessible."

This idea of exclusivity is not just common for sound art - it also extends to the rest of the art world. Art – especially modern art – is often thought of as exclusive, difficult, and inaccessible. In the article “What the Art World Can Do to Make Art Accessible to More People” Stefan Heidenreich and Magnus Resch remarks that:

“The art world is at a dead end. Consumers and artists alike have remained passively in the service of the market, leaving a small circle of collectors, gallerists, and museum directors to set the agenda. Everyone else—most gallerists, curators, and artists themselves—play supporting roles, forming the lower part of a pyramid whose peak is largely inaccessible. Artists hoping for success are doomed if they don’t conform to the rules of the game, and those who do succeed are rare. Most art is still bound up in ideas of exclusivity, both in the individual nature of each work and the elitism associated with its ownership—a concept that side-lines the essential communicative purpose of art, sacrificing it to private ownership and economic value.”

It is certainly true that there are people who benefit from the idea of art as something that can only be enjoyed by the knowledgeable and privileged few, as this quote highlights. But I fundamentally believe that art should, and can, be accessible to everyone who wants to enjoy it.

The title of this blog post- ‘bread and roses’ – was originally coined by American suffrage activist Helen Todd in 1910. It then became a slogan for several Women Union movements and strikes in the USA in the early 1900. The full quote from Helen Todd:

“Not at once; but woman is the mothering element in the world and her vote will go toward helping forward the time when life's Bread, which is home, shelter and security, and the Roses of life, music, education, nature and books, shall be the heritage of every child that is born in the country, in the government of which she has a voice.”

It became popular with striking workers soon after, as it highlights the right of everyone to have both their basic rights of food, housing, a living wage fulfilled, but also the right to a life that includes music, nature education and books – all the things that makes life worth living. I agree with these striking women - art and creativity is something we all need and deserve to be able to access and enjoy. It is not just for experts, critics, or collectors – it can, and should be for everyone. 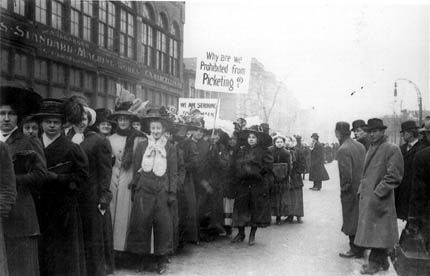 "Art and creativity is something we all need and deserve to be able to access and enjoy."

So, back to sound art.

Sure, not everyone might be interested in sitting through John Cage’s 4’33 (4 minutes and 33 seconds of ‘silence’ performed in a concert hall) or listen to the sound generated by the human inner ear. BUT – most people listen, every day. Most people have sounds they like, and sounds they hate. Most people have a favourite music.  And, as brilliant sound artist Christine Sun Kim demonstrates in her work, even if you are deaf, sound affects you in your daily life, all the time.  It seems pretty clear to me, following on from this, that sound art and listening practises is something which has relevance in all of our lives, and  that sound art is smething that anyone can appreciate and enjoy.

And if sound art is thought of as inaccessible and difficult, maybe its time us sound artist have a think about how to change that.